On my last trip to Spain, it was difficult to do much as I could not get hold of the tools of my trade-ie my cat trap!
Obviously, most of the cats need to be caught this way as they are unhandleable but some are friendly and can be touched. The long term colony at the port are like this and absolutely love attention-they adore being stroked and cuddled which is lucky as I nearly always have to take one or more of them to the vet and it was no different this time. My lovely Rodrigo was dribbling away with his ongoing mouth problems-it never seems to dampen his spirit-he still eats a lot and prances about voicing his opinion and full of beans. When I first met him years ago, he was curled up in the rocks looking very poorly but I took him to the vet then medicated and hand-fed him daily until he was better. Since then, he has thrived although is always prone to mouth problems. Each time I visit, I seek him out immediately and always breathe a sigh of relief when I hear his meow in response to my call. He had a check over and antibiotics at the vet and hopefully will be well until next time.

Rodrigo at the vet!

The other black cat who needed treatment this time was Dolly. She also lives at the harbour but has separate accommodation! She doesn’t live in the rocks like the others but in among the fishing boat equipment where she has a mini shelter and her own food supply-it has always been this way. She is always so bouncing with health so I was shocked to see her lying around looking lethargic with her fur matted and her tongue hanging out. I had never seem Dolly looking ill before-I actually thought she had died-she looked so bedraggled curled up in the fishing nets-it gave me a fright.I whisked her off to the vet who decided to a dental operation-without it, I don’t know what would have happened. These cats are fed and I couldn’t believe that they had let her get this bad without doing anything-I left a note in Spanish under her food bowl explaining that I had taken her to the vet and asking them to contact me but unfortunately they didn’t. It is such a shame because the feeders always feed but never take the cats to the vet as no doubt, they can’t possibly afford it. I am always leaving notes offering help with the vet when they need it but they don’t ever take me up on it-quite puzzling really and a real pity.  Anyway, Dolly tucked into a good meal after having all her teeth out and being de-matted and again, I can only hope she is ok until my next visit.

When I checked out the cats in Parc del Pescador, one who is very special to me and always gives me a rapturous welcome was missing-I didn’t see her the whole time I was there which is not good at all. I can only hope that someone took her in but that seems very unlikely. 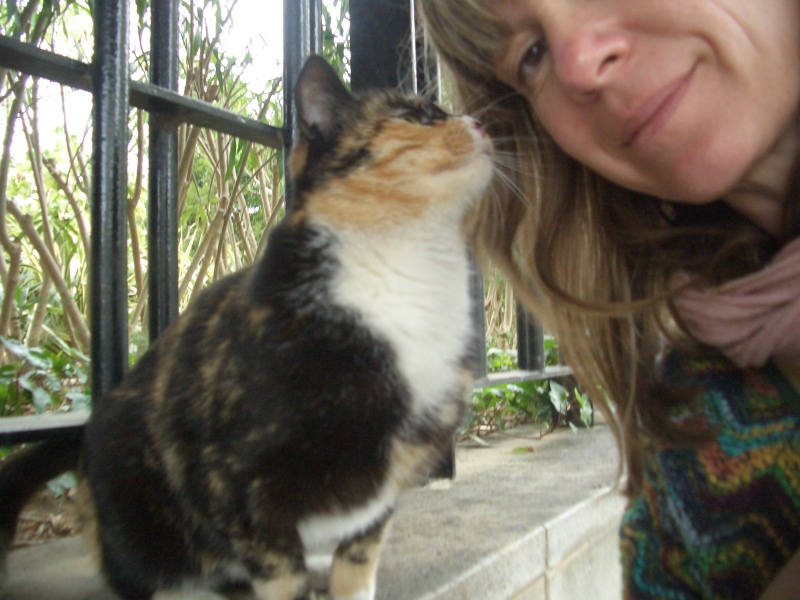 The cats at the boatyard are also decreasing in number-I know this will happen-it is inevitable of course, but it doesn’t make it any less difficult. Mimi, the matriarch has gone-goodness knows what happened to her and the latest casualty was the twin brother of this ginger one-he was knocked over by a car-there have been a few of these accidents as not that many cars that go into the boatyard so the cats are not streetwise and drivers are unaware and going a bit fast. It is upsetting but at least after I had them all neutered, it was a really stable and happy colony and they all lived a really healthy life, albeit too short. I have sterilised about 12 or more at the yard over the years but there were only 3 left on this last trip. 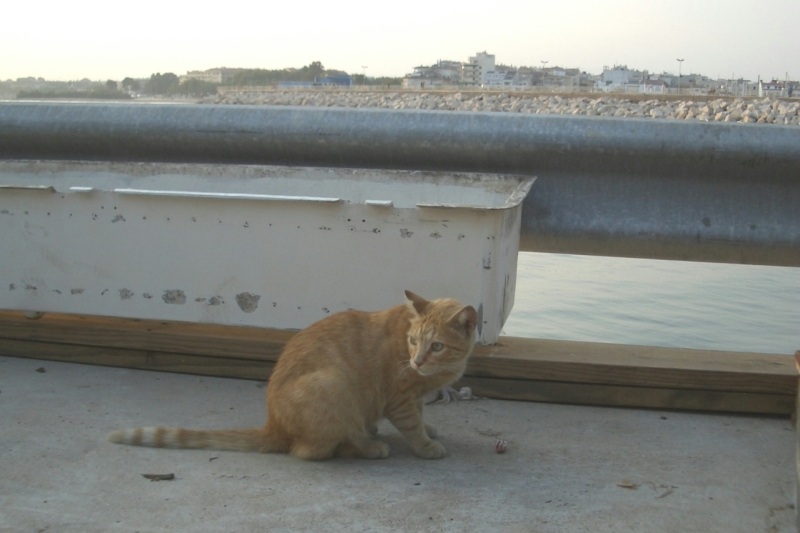 On a happier note, I was contacted by someone on an army base in  Afghanistan who was concerned about about a cat who appeared to be poorly. I didn’t really know what to do as the situation out there is difficult to say the least but once I knew about it, I had to try! I sent some antibiotics and food over but delivery is erratic. I kept checking and trying to find a solution and even considered bringing her over to the UK but it would have cost £3000 and as she was not the only cat on the base, it would not have been viable. I weighed it up-her life was not so bad compared to many street cats-she was being looked after and fed, (initially from rations!) however, like all stray cats, she really needed to be spayed but how to do it? The charity that works out there was very far away and impossible to reach but just as I was feeling that I couldn’t actually do anything,  the soldier emailed to say that they had located a vet themselves and that she was being sterilised. A happy ending to the story! 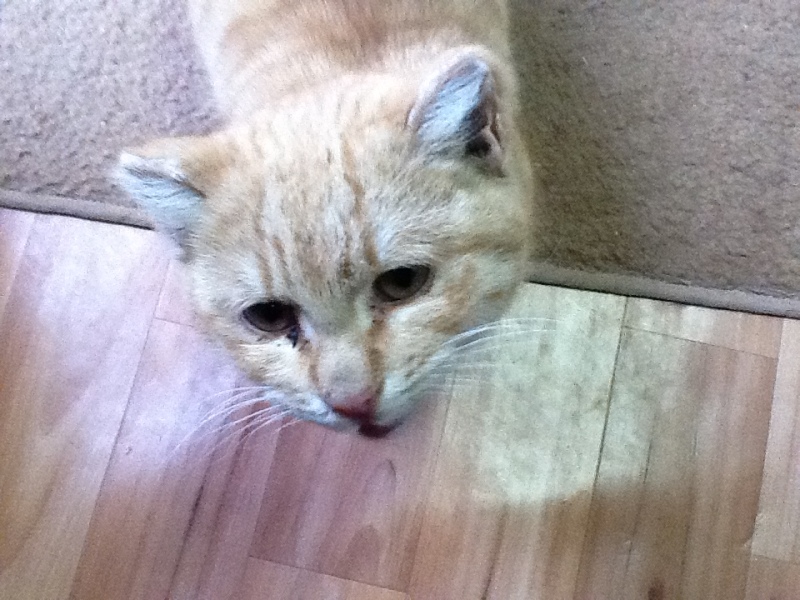